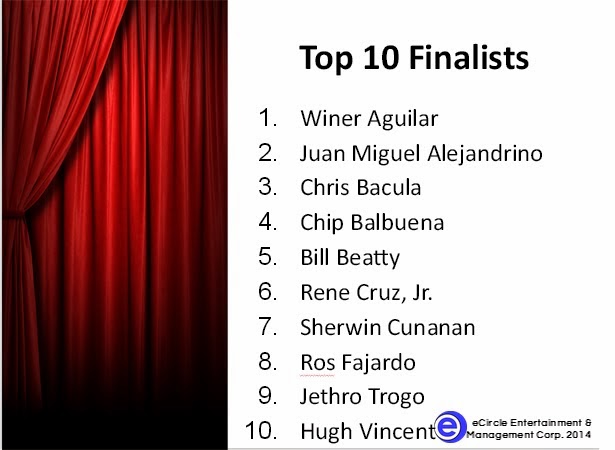 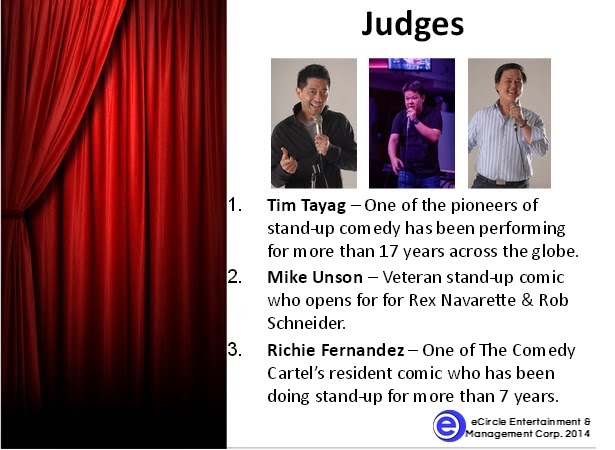 Top 3 Reasons why I am excited to attend Blogapalooza 2014

It’s the time of the year for the most awaited B2B event…Blogapalooza 2014!
Allow me to share with your my Top 3 reasons why I am overly excited to attend this year’s Blogapalooza.


1. Because of Blogapalooza 2013, we met a lot of business owners/marketing people who gave us freebies and some even collaborated with us (the latter we greatly prefer). This year, we are expecting a bigger Blogapalooza. Which means, it will open more doors for bloggers and business owners.

2. When we attended last year’s Blogapalooza, we weren’t that active with the blogosphere yet so, we only met very few familiar faces thus, made the event a little boring and made us decide to go home after after two hours. But this year, Mommy Bloggers Philippines, an online community for mommy bloggers which I am part of is officially one of Blogapalooza’s media partners. Mommies are cooking a meet-up after the event!

3. As you all know, my husband and I met Tim Tayag and Patrick Cruz of Comedy Cartel last year at the Blogapalooza. So, it’s like his first year anniversary with them. But what’s more exciting is that my husband will be performing on stage with the rest of the Point-of-view Stand up comedians of Comedy Cartel!

Looking forward to a more fun Blogapalooza this year!
Have you signed up yet?

Find out how to be part of Blogapalooza 2014 here.

Comedy Cartel, the true pioneers in point-of-view stand-up comedy in the Philippines produced another quality comedy show last night as they held the 8th Leg of the Laugh and Stack Open Mic showdown.

We invited blogger friends over, so they could witness the type of comedy that Comedy Cartel offers and to help us spread the good news that there are superb comedians waiting to be discovered.

The event was held at Relik Tapas Bar and Lounge at BGC.

Before the show started, we were treated by Relik Tapas Bar and Lounge with sumptuous dishes.

Flaming Pork Belly Hamonado, hamonado, baked to it’s perfection placed in a bed of mashed potato and some veggies. I’m not really a fan of sweet meat but if you guys are…this could be a bang for your buck. It’s perfectly plated and it adds excitement when you see your food served at your table with flame.

Chorizig. One of Relik’s most popular dishes. I’ve tried this before and this is really, REALLY good. Who doesn’t love chorizo and sisig?

Relik’s Nachos. These nachos tastes authentic with 3 dips served for your satisfaction.

I ordered some beer and Relik Spicy Beef barbeque (photo not available) as a token of appreciation for the bloggers whom I invited and showed up despite the short notice.

Comedy Cartel aims to develop fresh stand-up comics by giving them a room/venue with a real audience to practice their materials and hone their comedic skills. At the same time the genius behind the show(Patrick Cruz) spiced it up by turning it into an open mic competition with a cash prize for the champion.
All comics are being coached by veteran comedians right after their sets, and are also undergoing workshops to assure 100% improvement.


The open mic competition will run till the end of the year. They are already on their 8th leg. The audience, professional comedians and the open micers gets to vote who’s gonna be in the top 5 for each leg. The top 15 comics will qualify to hit the stage for the finals in December.

The show started at 9:15 PM with 11 contestants who shared their comedy prowess to the crowd. The house is packed with comedy fans from all over the globe. Relik even turned down 20 walk ins because the place is already a standing room. So if you wanna see the show, you better book your reservation as early as now. The Next leg will be on the 26th of July 2014.


Comedy Cartel is known for producing good comedians like Alex Calleja (who was discovered by Tim Tayag and now writing for a Comedy show at ABS-CBN) and GB Labrador, one of the founders of Comedy Manila. Other talents of Comedy Manila like Victor Anastacio, Red Ollero, Ryan Rems, Ryan Puno, James Caraan and Jeps Gallon also started with Comedy Cartel and are now reaping the fruits of their hard work.


Here are the Top 5 for Laugh and Stack’s 8th Leg.

Last month, we blogged about Comedy Cartel’s Laugh and Stack and some readers asked us the type of comedy that this group offers. Miguel joined the Laugh and Stack Open Mic show down last Saturday and I was able to take a video of his performance. So, for those who asked, and who’re still asking, here’s the video clip of Miguel at the Plantation Bar.


The contest is still open to those who’d love to try stand-up comedy. Please check out Comedy Cartel’s Page for more details.

Leg 4 of Laugh and Stack will be at Relik Tapas Bar this coming Saturday, May 24, 2014. Entrance is FREE but expect that the venue will be jam packed so make your reservations early.


Comedy Cartel, the pioneers of point-of-view-stand-up-comedy in the Philippines has an ongoing Open Mic Showdown to all amateur stand up comedians.


Here are the details:


• Must be a Novice / Amateur Stand-Up Comedian (has never been compensated to perform professionally).
• Each leg of the competition will consist of 10 “Open Micers” only.
• Registration Date will be announced on the Comedy Cartel’s Facebook page. Participants enlisting before the Registration date will not be counted.
• First 15 registrants will only be accepted – Please include the ff. upon registration:
o Subject: Laugh-Off Registration
o Complete name
o Contact Details
o Email Address


• English or Tagalog Sets.
• Performance Time: Minimum of 3 minutes and a Maximum of 5 minutes.
(One point will be deducted for performances LESS THAN 3 MINS. and MORE THAN 5 MINS.)
• Top 5 “Open Micers” from the previous leg is automatically registered for the next leg.
• Final showdown in December will consist of the Top 10 “Open Micers” based on the tabulated results for the year.
• To be eligible for the Finals, “Open Micers” should have performed at least 5 times during the entire competition.

You can also drop by Relik Bar if you just wish to witness an epic comedy show. Senior Comedy Cartel comedians will be there too.
Entrance is FREE!
For updates and other upcoming shows, please don’t forget to “like” Comedy Cartel’s facebook page here.

Laugh Off with Tim Tayag and The Comedy Cartel

Laugh off with Tim Tayag and the Comedy Cartel at Relik Tapas Bar and Lounge .Show starts at 9:30PM. All proceeds will be given to Sagip Kapamilya.

Migs and Alaine are husband and wife storytellers who write about lifestyle, food, and other stuff.

Migs is an entrepreneur and a Point-of-View Stand-Up-Comedian who’s known by his friends as “Racially Screwed” having been born with mixed racial descent.

Alaine is a Home Baker and an Executive Assistant who started sharing a blog site with then fiance, Migs last 2012 while preparing for their big day.

They accept collaborations and write honest reviews about products and services.